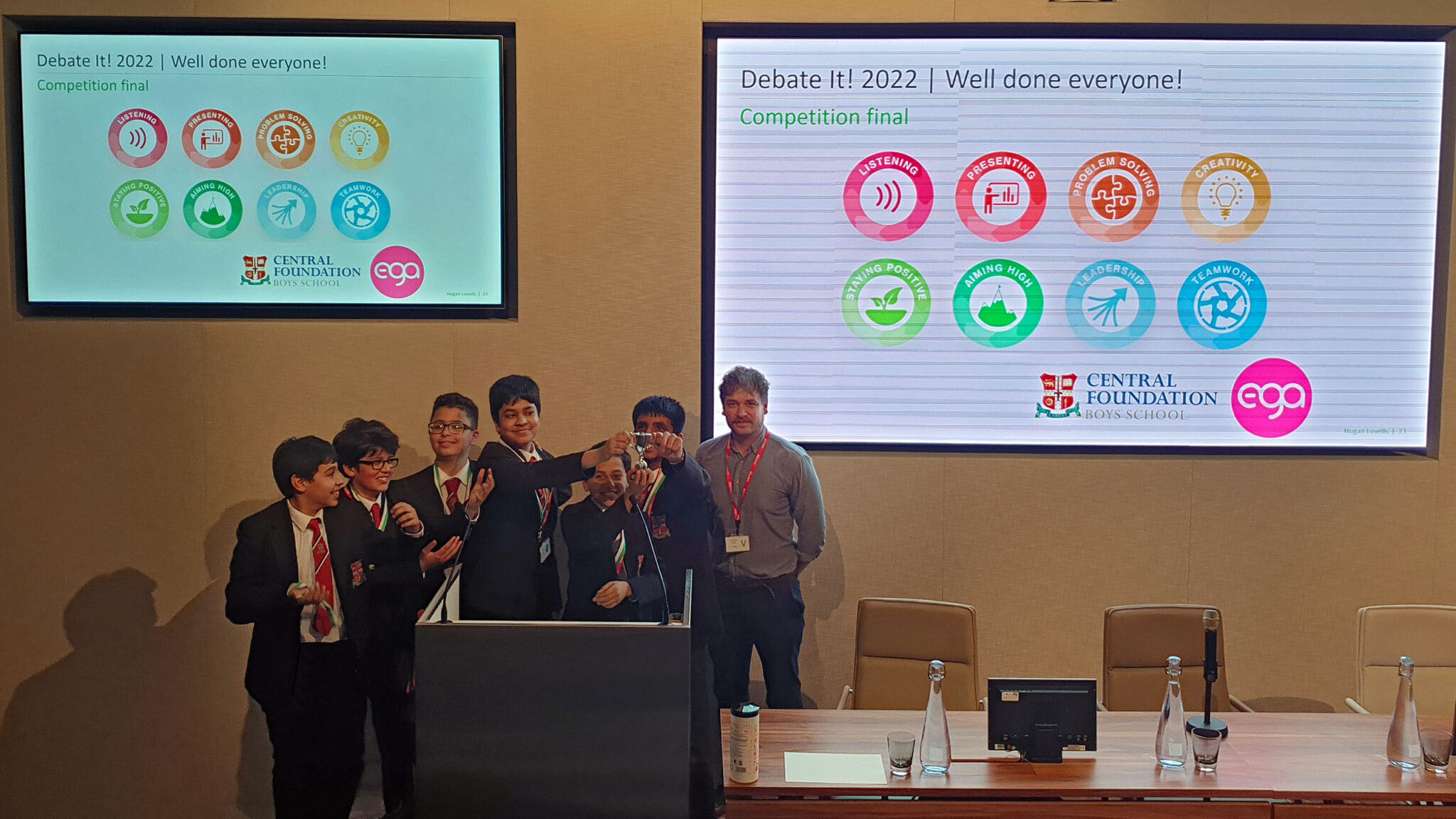 On the 5th of July, our Year 7 students who took part in a club called Debate It were victorious in a Debating competition against Elizabeth Garret Anderson school. The competition was held at the offices of the law firm, Hogan Lovells and the Debate It club is run with volunteers from the company.

Our boys emerged victorious in the final debate motion which was “Should children be given the vote”. 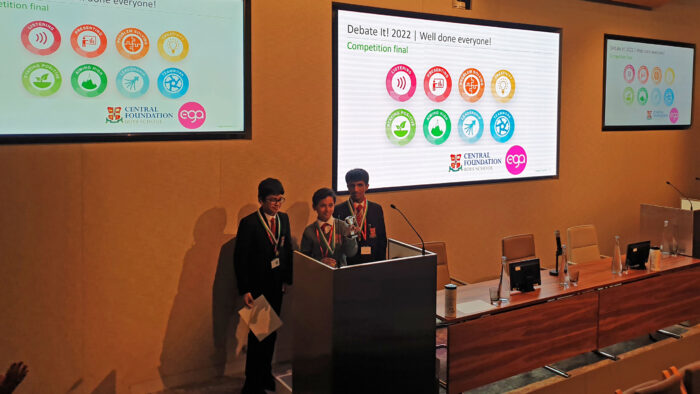