School Announcement - Open events for students and their parents looking to apply for a place in Year 7 starting September 2023 - Click Here to Read More and Book a Tour
Home / About / News / Year 10 Trip to Lille, France
Back to all news 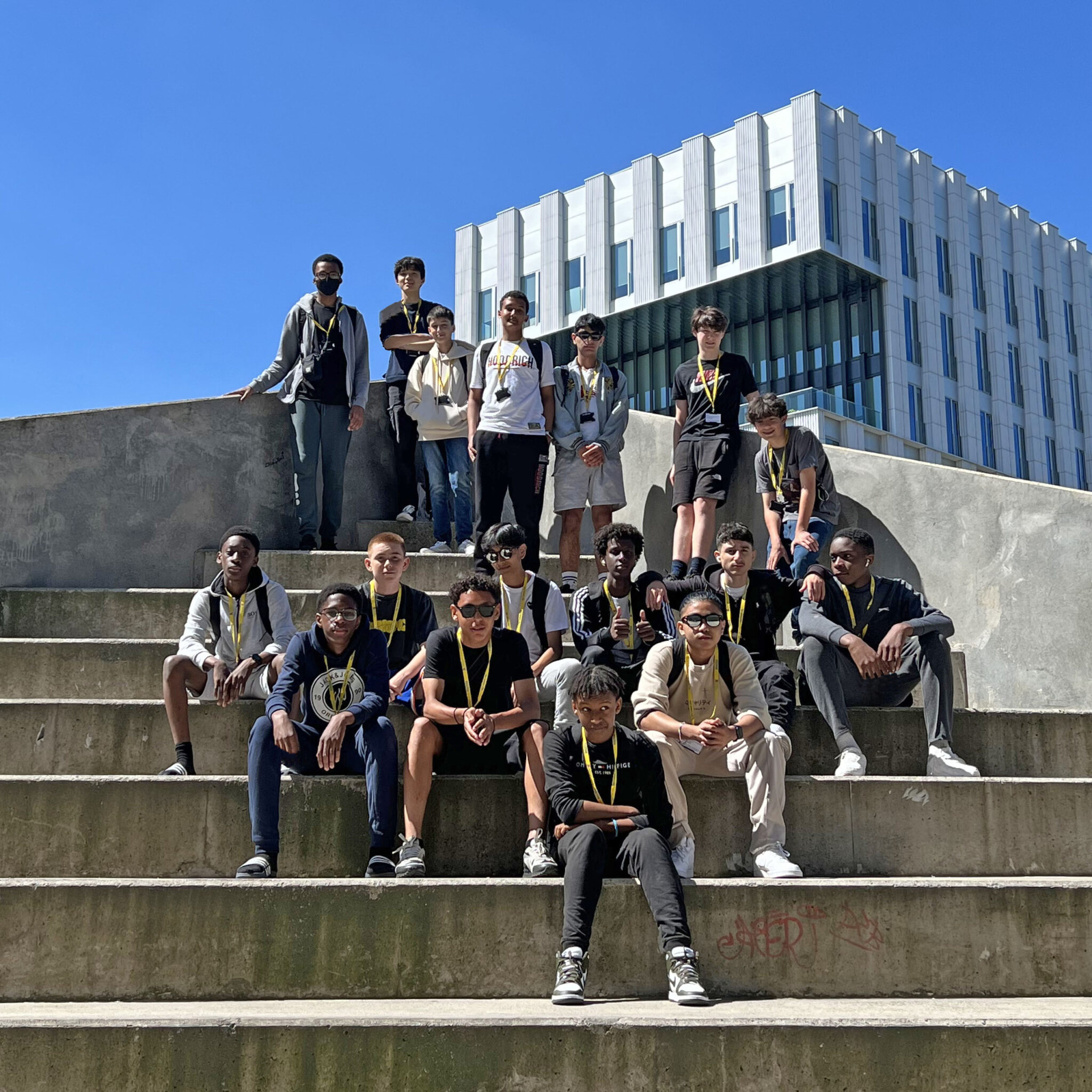 It was an early start on Monday 11th July at St Pancras international for 17 of our Year 10 boys, being led by Madame Ashby, Mademoiselle Nott and Monsieur Lowe. We boarded the Eurostar heading for Lille, any plans of a nap were thwarted by the short journey and we arrived to sunshine, heat and the challenge of navigating the Lille metro system. Our speed and agility was tested with the split seconds we had to get 20 people onto a smaller than expected train – a challenge mastered for the London Underground pros. 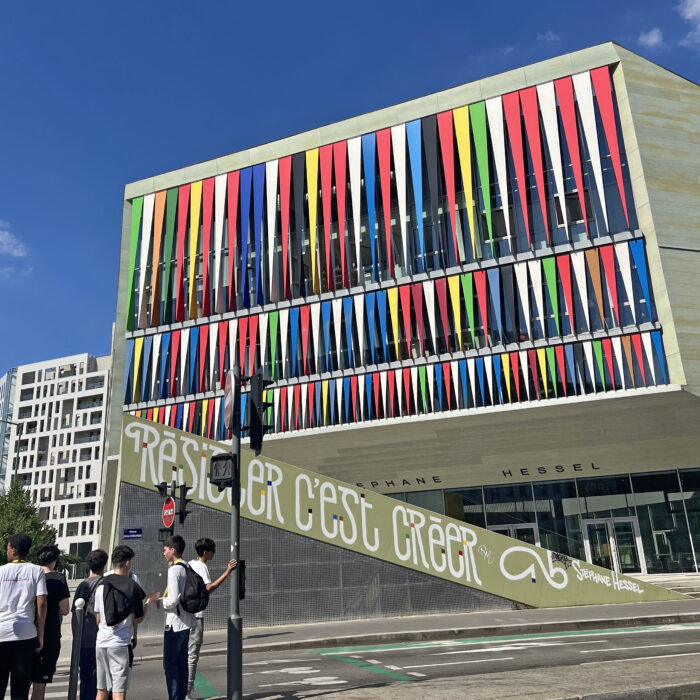 Our stay at the visually appealing Hostel Auberge Stephane Hessel. Not wanting to miss out on taking in the city we took a “stroll” to the Lil Language school for a walking tour of the city led by Alice and Juliette. They showed us the beautiful sites of the Centre Ville, the wonderful Opera and a cooling stop inside the Notre-Dame de la Treille. 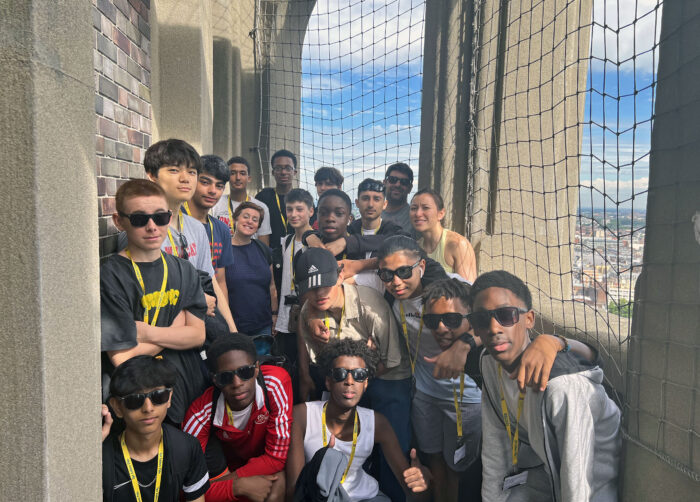 The boys practiced their French at Marché de Wazemes on our second day before starting their first afternoon lesson. The first task was to select pictures that described their personality but it was their partners task to do the talking en français. A quick lesson on French geography followed along with some French and British stereotypes.

After a quick stop back at the hostel we had a fun evening activity of bowling. Early leads by Ekin, Mr Lowe and a turkey (3 strikes in a row) by Emeka were no match for Miss Nott’s superb skills after a slow warm up, winning bowling with an impressive score of 100! Pizza and crepes followed! 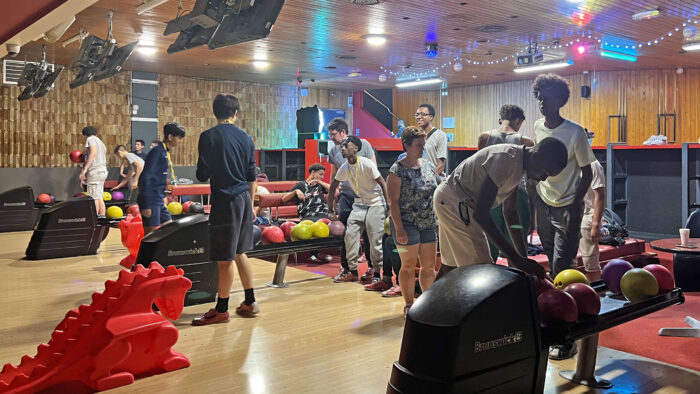 On penultimate day, we made a quick climb up the Belfry to take in the whole city and to see the great distances we had travelled on foot. Free time in the centre followed before another afternoon lesson, which culminated in a French music quiz with David taking the top scorer for the “Grand bâtiment” team. Our final dinner was rounded off with a small award ceremony of IOU Golden tickets.

Some special mentions to:

Our final morning on Thursday 14th July was spent leisurely at the hostel before heading to Gare Lille Europe with some boys taking part in for an intense game of Mafia (a role play game testing powers of deduction and bluffing). David ruled supreme in cleverly avoiding detection as Mafia. The boys were still in high spirits and eager to get back to school for their AP results. 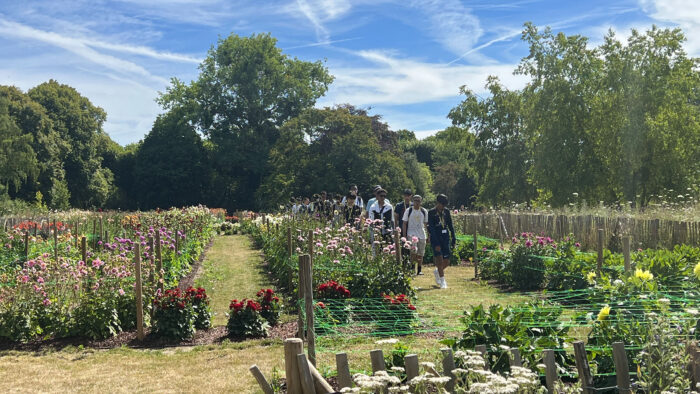 A great few days filled with lots of energy, good food and a marathon amount of walking!