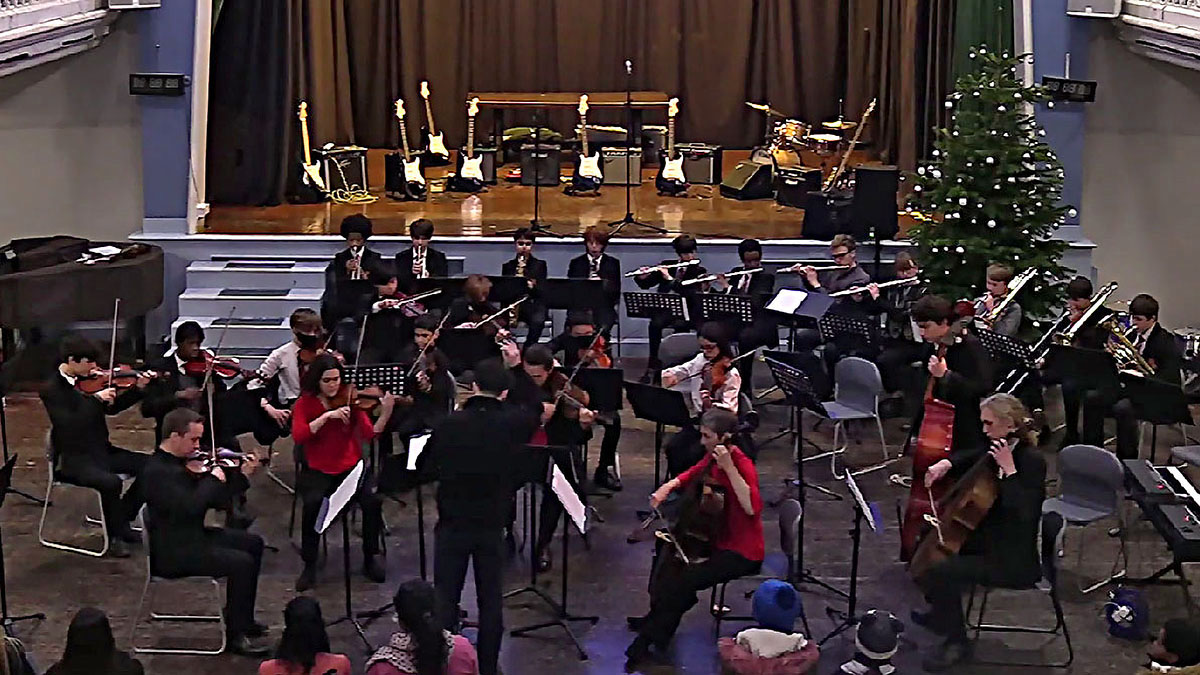 On the evening before the final day of term, we held our annual Winter Concert. It showcased the hard work and commitment the pupils put in their music lessons and rehearsals. The different music ensembles were joined by the London Mozart Players Quartet in performing String Quartet No.3 by Chevalier de Saint Georges, Divertimento by Wolfgang Amadeus Mozart, Spartacus by Brian Balmages, and Oath of Honour by Larry Clark. 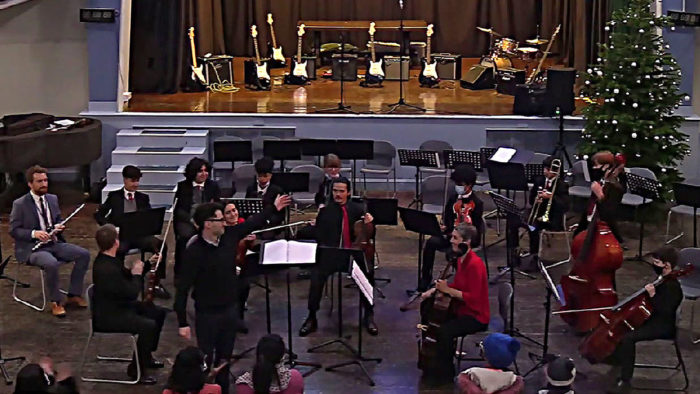 Alongside performances from the drum group and Year 7, 8 & 9 guitar group, the Jazz Band performed N.T. by Kool and the Gang, while The Man Who Sold the World by David Bowie and Gimme Some Lovin’ by Spencer Davis Group were covered by the School’s Year 11 and Year 10 bands respectively. 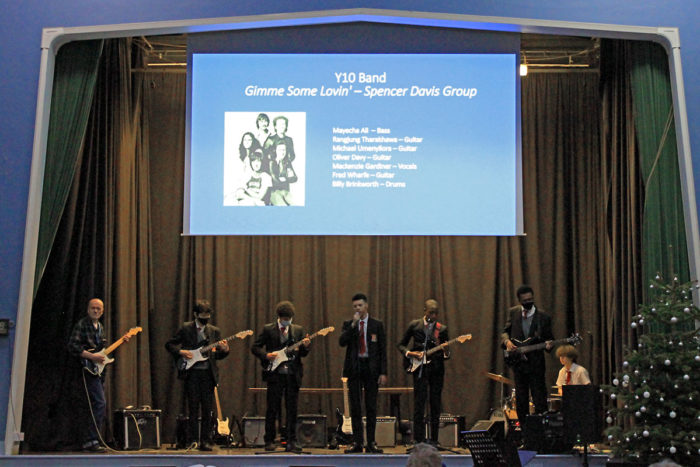 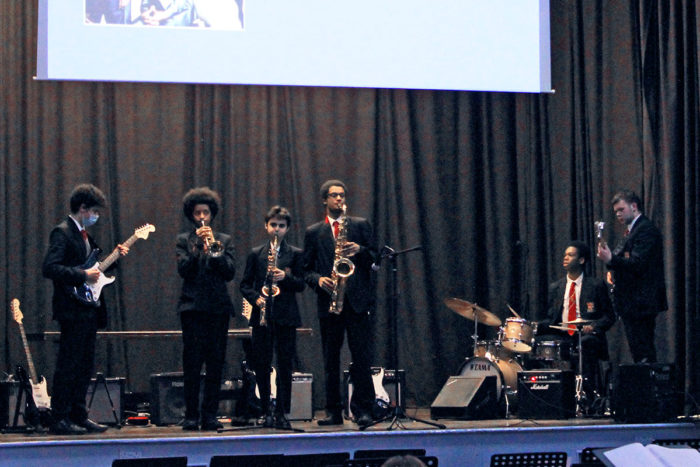 To conclude the evening which showcased a varied and high-quality repertoire, the choir performed I Found by Amber Run and Beggin’ by Madcon. 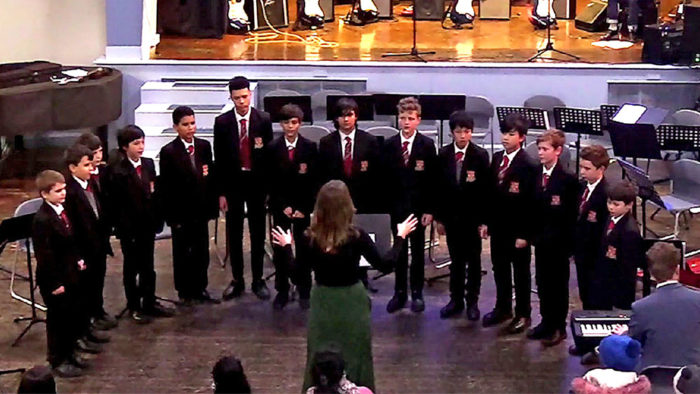